I'm An Adult With ADHD, What's Right With Me? 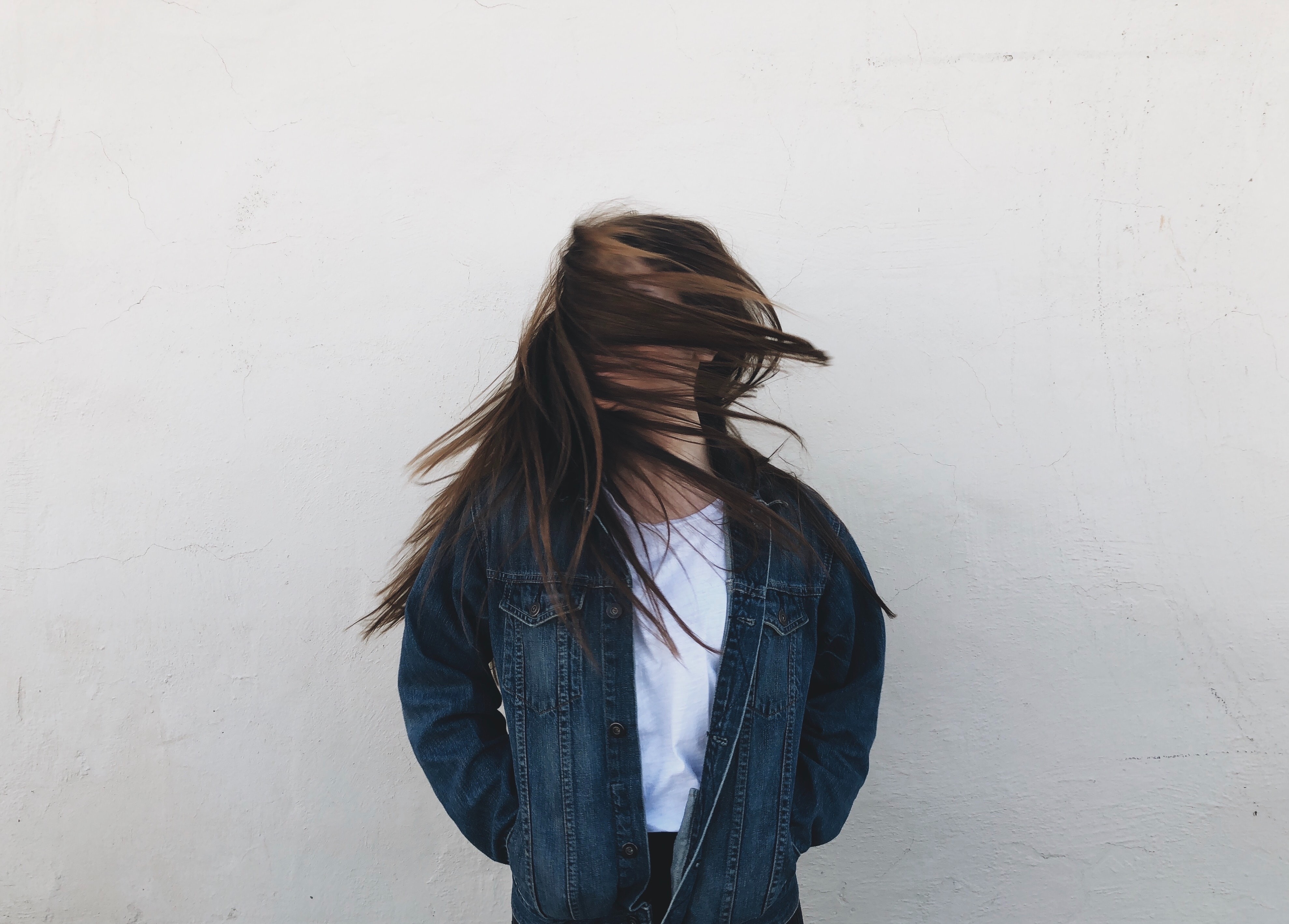 When we hear of somebody with “Attention Deficit Hyperactivity Disorder (ADHD)”, we picture a wild, young boy who keeps banging against furniture as he runs through a classroom, oblivious to social norms.

Hence there is a common, but inaccurate, belief that ADHD is a cognitive disorder that passes once we reach adulthood. Adults also suffer from ADHD. It affects 5% to 8% of Americans, however, we rarely hear about adults with ADHD. As a result, a lot of adults with ADHD are either misdiagnosed as “anxiety” victims or undiagnosed, states Dr Judi Ho, a clinical and forensic neuropsychologist and author of “Stop Self-Sabotage”.

Research shows that most adults whose ADHD was diagnosed when they were children have learned to control their hyperactive side and in adulthood comply with most social norms. So, they don’t barge into offices or run to their desks whilst shouting. However, their impulsivity hasn’t disappeared and may get noticed when they take a rash decision, leave the room abruptly or struggle with emotion regulation (specifically frustration management).

Another sign is distractibility. Most adults with ADHD are chronic procrastinators who,  if they are not passionate about the subject, find it hard to focus on a task and to organize their thoughts. They often tune out during conversations.

The third symptom is restlessness or agitation. Whilst most adults with ADHD manage to keep their body under control, they are rarely static. Their legs will jitter or they will fidget with an object.

Adults with ADHD may show signs of any or all of the above.

How to diagnose Adult ADHD

Most people can sometimes be impulsive, distracted or restless at work but it’s when these symptoms interfere with their professional and private lives on a daily basis for at least 6 months and make them feel completely inadequate and/or overwhelmed that they should seek help.

The World Health Organisation has designed a symptom checklist to help organisations and doctors identify the key signs. As described in the paper, “symptom frequency is often associated with symptom severity (...)”, therefore the more often one experiences these symptoms, the more severe the disorder manifests itself.

Why is the diagnosis important?

Diagnosis offers an explanation for what adults with ADHD see as “flaws”. It helps them to understand that this cognitive difference is not always a flaw, it can also be a strength. As Julie Schweizer, professor of psychiatry in the Mind Institute, underlines; “ADHD symptoms vary in response to the environment (11:43)”. Hence, employees that are stuck in a desk job with little physical movement and a lot of administrative tasks could blossom in a sales or consulting position which offers more physical and mental flexibility. Becoming aware that an inefficient administrator could become a very successful sales representative could be useful for both the employee who feels valued and empowered in their new role and the manager who witnesses her employee reaching their full potential. Getting diagnosed can also give them access to medication and lifestyle interventions, which restore neurotransmitters, focus and wellbeing.

Why Does ADHD Often Co-occur With Depression?

As stated above, a lot of adults with ADHD have learned to control their symptoms and their ADHD stays unnoticed and goes undiagnosed. Coping strategies do not necessarily alleviate their suffering as they feel responsible for their shortcomings. When they believe that they are to blame for missing a target because they could not focus, then they may feel incompetent or even stupid. Psychiatrist Dr T. Marks explained how these feelings of inadequacy coupled with a lack of self-control are psychological risk factors that could lead to negative emotions such as depression, anxiety, guilt or frustration. Dr R. Olivar also underlines the physical aspect of the connection between ADHD and depression. The dysregulation of dopamine in the brain of adults with ADHD is “responsible for the lack of motivation and it’s also implicated in reward systems and in moods”.

To add to this, research has also shown a deep bi-directional relationship between the gut-brain axis and the development of neurological disorders. Although not conclusive, those with diminished gut microbiome diversity through child and adulthood, appear to have greater risk of developing depression and ADHD.

Dopamine imbalance and poor gut health are internal factors that may explain why 30% of people with ADHD experience depressive episodes.

What Can We Do To Prevent Depressive Episodes?

Changing your perception of who you are

According to the Psychiatrist Dr T. Marks the best way to prevent ADHD symptoms from spiraling out of control is to change your sense of self (or “core beliefs”). Many adults with ADHD feel inadequate, ineffective and insecure around others, and are struggling with emotion regulation. Since a young age, their behaviour attracted negative appraisals from the people around them. Indeed their impulsivity was often punished, their frequent interruptions criticised.

In her Ted talk, Jessica McCabe, an adult with ADHD, explains how medication and the prescription of stimulants to stimulate an underaroused brain can help, but is not enough. As a result, she created a youTube channel to facilitate connections amongst adults with ADHD so that they can learn from each other’s experiences. The participants can provide and receive emotional support from each other and learn how to replace toxic behaviour with helpful coping strategies. In a reversal of advantages and disadvantages, Jessica McCabe underlined the strengths of ADHD brains over neurotypical brains. These advantages include:

Becoming aware of these strengths could help to find a job that values these qualities above others. In such a work environment, those with ADHD are likely to receive positive feedback that will counterbalance their weaknesses which will lead to a positive impact on their sense of self.

Now that I’m aware of my condition, what can I do to manage my symptoms?

In this Adult ADHD Documentary, a young woman with ADHD controls her symptoms through medication and the regular practice of a technical sport (in this case, rowing) that helps her stay focused and engaged. In fact, the practise of regular exercise boosts the activity of the neurotransmitters; dopamine and norepinephrine. In the same documentary, an older woman with ADHD finds behavioural therapy helpful as her coach helps her learn new skills and behaviour to cope with challenging situations.

Alternatively, a self-care intervention such as a low-carb diet or gut health protocol will regulate glucose levels, maintain energy levels and stabilise mood. Moreover, a low-carb diet which is high in fat, provides the right nutrients for neurotransmitters such as dopamine and norepinephrine to perform well.

Before writing this article, I had never met or heard of any adult with ADHD who was proud of their difference. Listening to testimonies from Jessica McCabe andStephen Tonti, it occurred to me that those with ADHD can achieve a lot, given the right circumstances and tools to manage their symptoms. As the psychiatrist  Psychiatrist Dr T. Marks underlines, “they are not their conditions, they are often misunderstood people with a lot of potential”. This cognitive difference is only a part of their identity, but it should not define them.

Written in partnership with our friend Sandra Molies. Sandra specializes in organizational and health psychology, specifically how to enhance professional wellbeing by raising awareness about brain and body connection.

Every month, she explores different strategies to help people take initiative for their physical and mental well-being.

You can read her articles on LinkedIn and Medium and weirdceo.com.