De-stiffening your arteries? How arteries harden with age and what to do about it 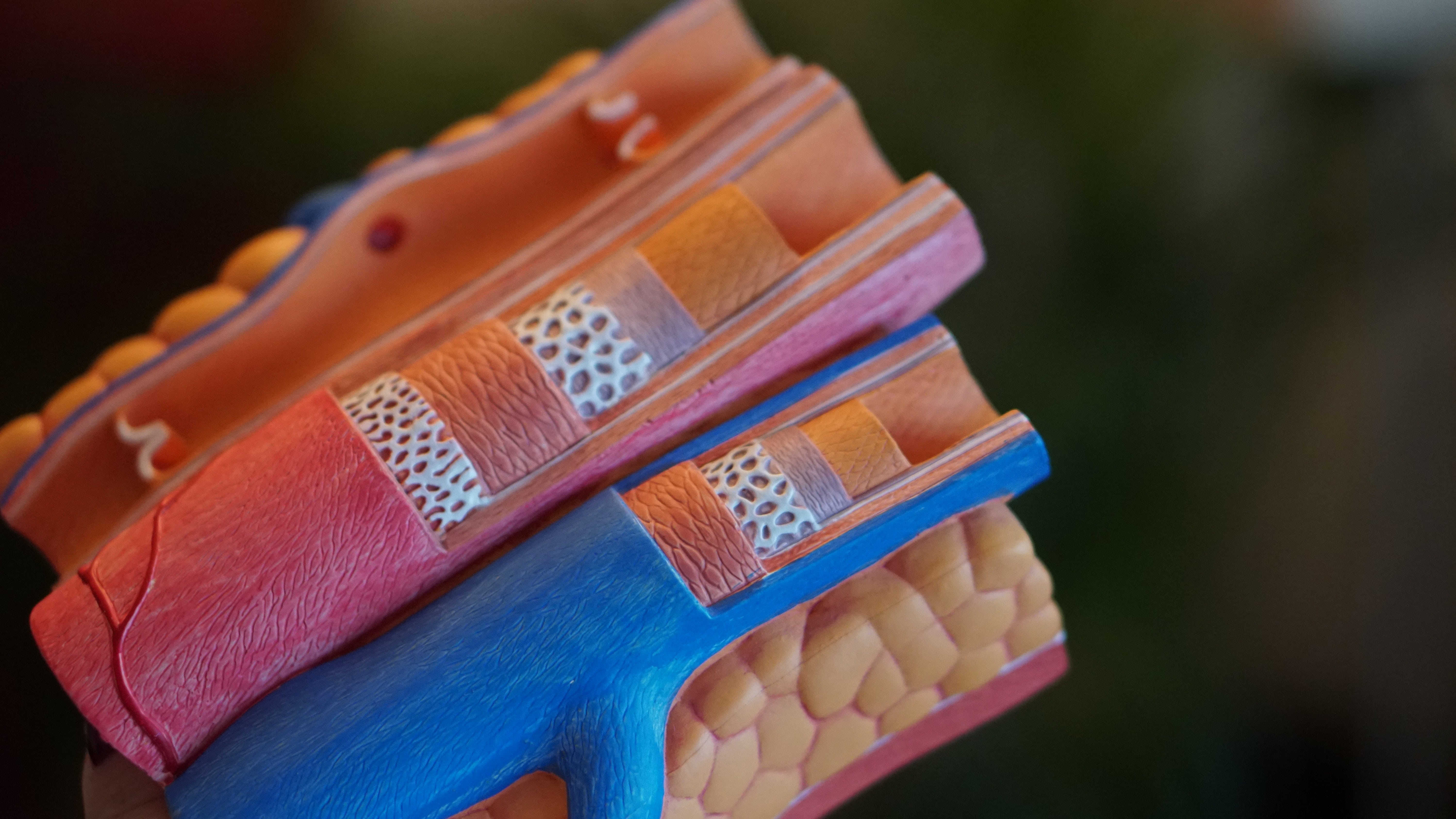 When you feel the pulse in your wrist, what you are feeling is a wave of pressure which starts with the contraction of the left ventricle of your heart and travels down the artery tree sending a pulsating wave all the way down until it reaches the final arterial branches where flow stagnates. At which point, that wave is reflected back to the central arteries. The level to which arteries are elastic and compliant determines how much of and how fast this terminal pulse wave is reflected back. The more stiff the arteries are, the faster and more pressure gets reflected back to the heart which increases the heart’s workload and can ultimately lead to heart disease. Understanding how our arteries stiffen with age and what to do about it is one of the most important things to understand about our health. Cardiovascular disease remains the number one killer in the developed world.

How do arteries change with age?

Imaging studies show that changes in both the thickness and length of our major arteries occur progressively as we age. Overall, the diameter, thickness and length of large arteries all increase with age. On the micro level, the makeup of arteries changes. The main components of major artery walls are: elastin, collagen, and smooth muscle cells. Collagen, which provides the basic structure and gives stability to the artery builds up with aging adding to arterial stiffness. Elastin, which gives arteries elasticity and the ability to recoil decreases and fragments. The same goes to smooth muscle cells which give the artery the ability to constrict and dilate.

Most studies of vascular changes with age focused on changes that occur between midlife and older age. It would be interesting to study how our arteries change between childhood and adulthood. Some studies on sheep have looked at this question and have shown that elasticity in young adult sheep was lower in major arteries when compared to newborn lamb. This is likely the case in humans too.

Another observed change that happens with aging is in the ability of arteries to respond to signals from the nervous system. Signal telling the arteries to constrict or dilate (vascular tone). A major component of arterial stiffness and diameter is controlled by the nervous system. The brain can tell arteries to constrict and dilate as needed by stimulating the smooth muscles in the arterial wall to constrict or relax. The response of arteries to this stimulation is slower in adults compared to newborns. This may be due to impairment in the receptors on the arteries which receive the signal or in the inability of the smooth muscles to contract as easily.

Calcification of the arteries (deposition of calcium) is another change which occurs with age. There is a direct correlation between arterial calcification and arterial stiffness. One explanation for this is the increase in levels of inflammation and oxidative stress which happens with aging.

The innermost layer in blood vessels is called the endothelium. A healthy endothelium is involved in regulating the vascular tone or the balance between constriction and dilation of the vessel. A major regulator of vascular dilation is the presence of nitric oxide (NO). Reduced availability of NO leads to endothelial dysfunction, impaired ability to dilate and increased stiffness ultimately increased inflammation and fibrosis of the blood vessel.

How is arterial stiffness measured?

One of the most important measures of arterial stiffness is aortic PWV (pulse wave velocity). This reflects the time it takes for the pulse pressure wave to travel through the arch of the aortic artery. PWV can be measured using magnetic resonance imaging (MRI) or by using a technique callen tonometry which uses waveforms emitted from the vessels to detect arterial stiffness. Some devices use photoplethysmography, which has been validated by correlation studies comparing it to gold standard techniques.

The Withings Body Cardio scale is one of the only commercially available devices that measures PWV and has published validation studies comparing it to the tonometry which is the gold standard. The results were highly accurate (with a slight overestimation on average).

Can arterial stiffness be slowed down or reversed?

More than twenty studies have shown that weight loss of 8% of body weight by dietary changes alone (no exercise, medication or surgery) was sufficient to cause a reduction in PWV. Some of the studies were not designed well enough for us to conclude that this is a definite result however the correlation seems to exist nonetheless. Weight loss by bariatric surgery was also shown to cause long term reduction in PWV.

In a healthy general population, moderate intensity aerobic exercise training (zone 2 training) was shown to reduce PWV independent of the effects exercise has on blood pressure. One study had the participants undergo cycling at 75% of maximum load 3 times a week for 4 weeks. It showed a significant drop in arterial stiffness which correlated with an improvement in other measures of fitness such as VO2 max. In another study, subjects walking more than 10000 steps a day had lower PWV than those walking less than 6000 steps a day. These changes appear to persist even after stopping exercise.

The relationship is less clear in high intensity exercise. Resistance training alone was shown to have no effect and in some studies was even linked with worsening of arterial stiffness.

For those who have heart and/or kidney problems, arterial stiffness is a serious problem requiring medical attention. For those individuals (and for anyone else in fact), controlling blood pressure is vital. Some of the medications shown to improve markers of arterial stiffness are Angiotensin converting enzyme inhibitors (ACE-Is) and angiotensin receptor blockers (ARBs). lipid-lowering drugs have also been shown to reduce PWV in these populations. Interestingly, a type of blood glucose lowering medication called pioglitazone also improves PWV in individuals with diabetes and kidney disease. It is always advised to consult your healthcare professional for any health related advice.